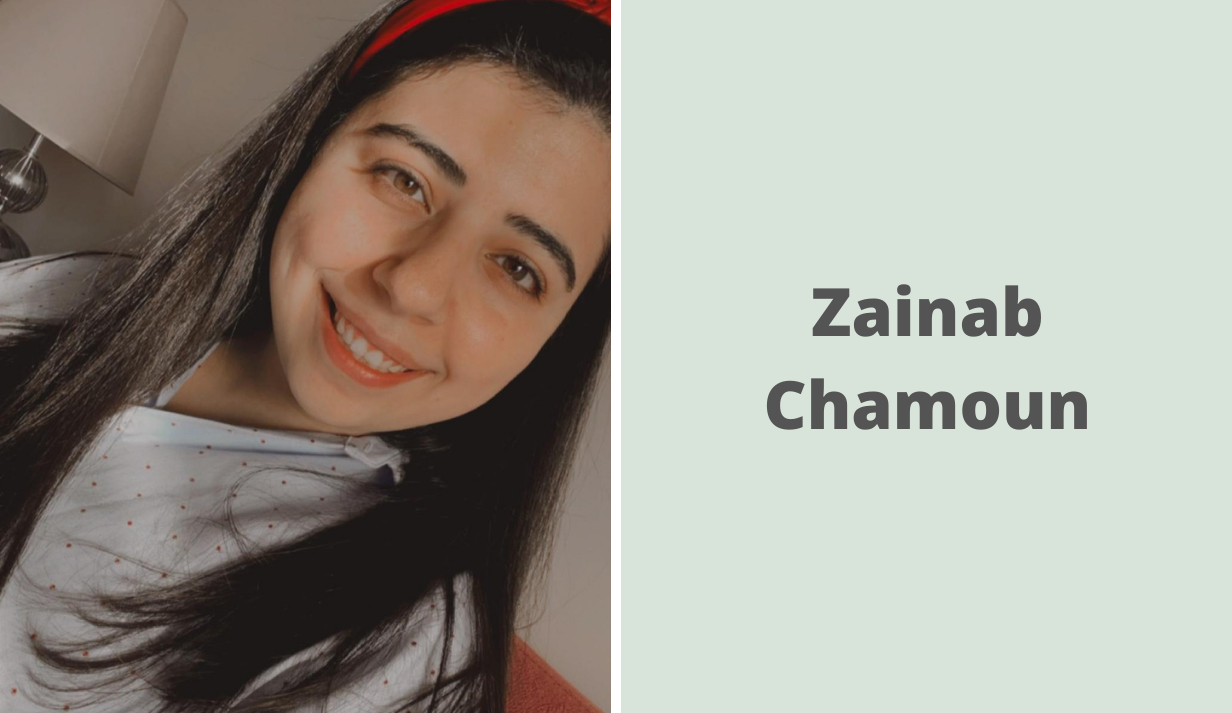 September 2021 – Bologna, Here I am, in a new city on my first trip after the pandemic, leaving behind my country Lebanon, broken and stuck in a dire socio-economic and political crisis and wondering if it will hit the rock bottom during my 5-day trip. Here I am, in one room with 48 youth from all over the globe, looking into their faces and curious to know what story they have behind. I clearly see that we are different, but I also feel connected—that we are all here to go back home and make a difference.

I received my acceptance letter to the Youth Interfaith Forum came at a time when I had almost lost faith in interfaith activism. In a country like Lebanon—where sectarianism is rooted within and across generations—interfaith work is either used to perpetuate the presence of sectarian political parties or is limited to a traditional, naïve, and passive approach that glorifies endless theoretical talks and rhetoric. Even globally, interfaith and peacemaking have become buzzwords that are unfortunately abused to legitimize injustices and colonial attitudes.

It’s our space to reclaim, with empathy

During my stay, I lived two different experiences—one participating in the Youth Interfaith Forum (YIF20) and another attending the official G20 Interfaith Forum. The combination of both experiences made me realize again the significance of our [the youth] presence in interfaith work and the urgent need for a greater youth representation in official circles. During G20 sessions, the youth were the ones who asked critical questions—they were the ones who challenged and disrupted the sterile and repetitive traditional speech.

My two days with A Common Word Among the Youth were packed with critical discussions and practical workshops, in addition to side talks and networking with other fellows. Transparency and the practical element made those two days more pleasurable and particularly different from other mainstream interfaith spaces. From the very first beginning, the goal was explicit and fair—to challenge and condemn existing power structures with determination to disrupt systemic injustices through interfaith activism that echoes on ground, beyond official stages.

It was fascinating and thought-provoking to learn about what my fellow colleagues are accomplishing in their home countries. For refugees and their right to education, integration and a decent living; for oppressed communities and their fight for liberation; for ethnoreligious minorities and their right to recognition, protection, and safety; for everyone’s right to freedom of religion and belief and freedom of expression, youth are working in their countries and beyond borders. Their accomplishments manifest an example of how interfaith activism goes far beyond one’s subjective religious beliefs to serve a common good that adheres to public life values.

In one of the YIF20 sessions, Hira, ACWAY fellow and incredibly inspiring woman, said, “don’t wait for representation and don’t look to other people to provide to you.” Those words were on point. Indeed, the youth are underrepresented in official interfaith events, but they can be present with their interventions, interruptions, and questions, despite if they were given few minutes to speak in a panel or not.

Today, it’s time to heal more than ever before. But healing cannot happen instantaneously—it requires preparatory steps that can be uncomfortable. To hear is to remember and confront injustices and those who are convicting them. To heal is to acknowledge the existent colonial histories and modern colonizers. To heal is to hold oppressors accountable. It requires courage and for that the voice of the youth is here.

There was a partial absence of a real and active dialogue during the G20. Sometimes, it’s not about preparing a speech and reading it out loud in front of an audience. It can be about our ability to listen and pass the mic to marginalized voices and oppressed communities that are being persecuted every day on the basis of their religion, ethnicity, gender, and race.

We can lecture about peace, love, and justice for years, but we can never achieve a positive impact without the active participation of everyone, mainly the ones who are mostly hurt. An active dialogue leaves no one behind, especially the voice of the youth that is more connected to reality.

There is a thin line [easy to see] between being a peacebuilder, mediator, and interfaith activist, and being complicit with injustices convicted by oppressors.  It’s not peacebuilding if it doesn’t point a finger at the oppressor. It’s not interfaith activism if it doesn’t lead to tangible impact on ground that is inclusive of all communities. It’s not a dialogue if it doesn’t bring non-traditional voices, ethno-religious minorities and marginalized communities into the conversation, and it’s definitely not dialogue if it puts the oppressor and the oppressed at the same level. These words cannot continue to be overused randomly and get detached from their core meaning.

Towards an empathetic, active, bold, and rights-based interfaith approach

We frequently hear calls for finding a common ground to start with—one valid and much needed call. Nevertheless, a common ground needs to have a strong base that puts human rights and transparency at its heart—it needs to be built on common human values and ethics.

Unfortunately, from time to time, many voices are silenced and marginalized in the name of finding a “common ground”. Even worse, oppressed communities are coerced to sit in and talk with their predators to achieve a common ground. Many crucial human rights issues are being neglected, distorted, and forgotten.

As youth, how many times you’ve felt cornered just because you refused to legitimize existing oppressive regimes? How many times you’ve been accused of being ignorant just because you refused to agree with prominent world “leaders” that are, at the same time, a mouthpiece for propaganda and mis/disinformation? We’re not committed to give up on our own values and humanity just to take part in a common ground supported and fueled by hypocritical, racists, and one-dimensional political entities. Instead, we have to believe that we have what it takes to create our own alternative spaces and put hands together with world leaders, peacemakers, activists, and community members that are honest and humane.

In one of the focus sessions, on the “Role of Religious Leaders in Responding to Crisis in the Arab World,” Dr. Nayla Tabbara openly discussed the need to refrain from religious folklore in responding to injustices. She gave the example of Palestine, one of the most urgent and overlooked human rights tragedies. A group photograph of Jewish, Muslim, and Christian leaders doesn’t do the work— “it’s a human rights issue, not a religious one,” she said.

Her intervention revived my faith again in interfaith activism. We are not alone in this battle and there are many leaders that we can work with—leaders who are not afraid of naming things as is and bringing up sensitive issues to the public. Interfaith activism is not limited to religion and folklore, instead it is a crucial element that can be embedded in all forms of activism to reach more communities, including people of faith, and achieve an inclusive impact on ground. It can also backfire against politics that exploits religion to normalize colonial agendas, including modern slavery, racism, settler colonialism, and white supremacy.

After the forum, I found myself reflecting and advocating for interfaith as a revolutionary approach that glorifies resistance, all resistance. From knowledge production to marching on streets; from un-reading colonial narratives to organizing and mobilizing movements on ground; from learning about the other to educating about the other; interfaith youth activists cannot be limited to a certain agenda. They are free souls who fight tirelessly with knowledge, empathy, and resistance. It doesn’t matter how loud and threatening the existing power structures are, we will always find a way to speak up. 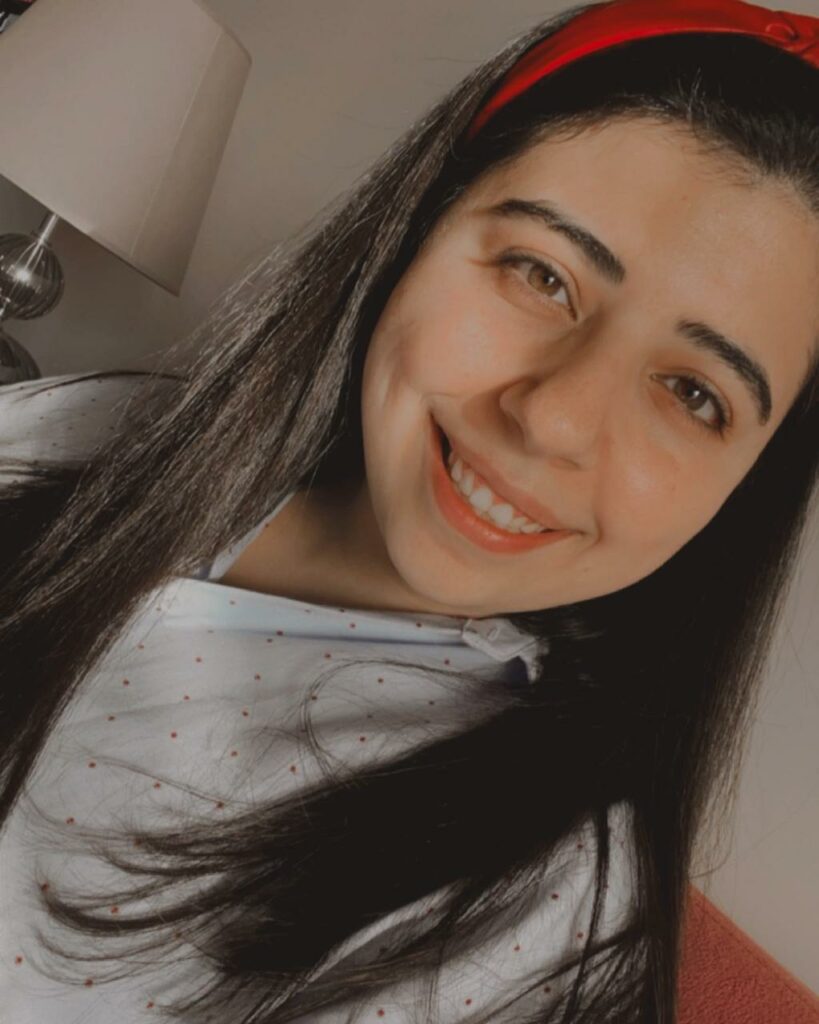 Zainab Chamoun is a Lebanese journalist and researcher. Her interests lie at the intersection of community-led development, religion and politics, decolonization, and affect studies. She is passionate about collecting stories worth telling through words and photographs.

An atheist at the Youth Interfaith Forum

The Beauty of Encounters